Our Family, Our Story - Shannon & Jaxon

by Shannon Cummings
on 7 November 2022

When Jaxon was two and a half years old, we weren’t even considering the potential benefits toilet training could bring. Jaxon was born with Neonatal Alloimmune Thrombocytopenia (NAIT), and we were told that he would never sit, walk, talk or support his own head, so toilet training was definitely not on the forefront of our minds - but the right support and Jaxon’s determination were what made all the difference.

On Christmas Day 2017, Jaxon sat up for the first time and we realised we may have underestimated his potential. We had watched him achieve something that we never thought he would do, so when the opportunity arose to trial the new Firefly GottaGo in 2019, we decided to try.

Whilst we hadn’t considered it before, toileting was definitely something that would make a big difference to all of our lives. By that point, we were planning days out around nappy changes and changes of clothes, and it was becoming increasingly hard to find suitable changing facilities for a tall, growing boy. However, we had no preconceptions or expectations about how things would go - it was simply a case of opening up that opportunity and letting Jaxon take the lead.

As it turned out, our first attempt was not the most successful, but it was all part of the process. Whilst the GottaGo itself was so helpful, and really supported Jaxon in the right position for toileting, we struggled a lot, and none of the recommended techniques seemed to work for us. Regardless of routines, nappy alarms and even hunting down pants printed with his favourite character, Iggle Piggle to encourage him to stay dry, we continued to have little “mishaps”, and often we found ourselves rushing Jaxon to the toilet, moments after he told us he didn’t need to go, just to try to form those habits of sitting on the seat.

After many months, we made the decision that this was not Jaxon’s time. He was becoming frustrated with the process, I was pregnant with my second child Alfie, and so we pressed the pause button, let life settle down a little bit, and decided to try again when the time was right.

Our next attempt came in 2021, prompted by the school calling us to say that he was regularly staying dry and asking if we wanted them to work with us to get him toilet trained. We took the opportunity, went all guns blazing, and decided to use the half-term break as a chance to get him prepared for going to school without a nappy on. This time we absolutely nailed it.

For Jaxon, it was the poos that came first. Every night before bathtime, he would sit on the GottaGo and use it, and that became a habit that we stuck to with no problem at all. Routine was so important for us - it was the only thing that worked. After this, his school was very supportive and was able to help with the second part of the journey and get his pees. Three or four months of intensive training later, we were able to confidently say that we had been successful with toilet training. Now, Jaxon is excited to get up on the GottaGo, and he would sit there for hours on end if he was given the chance!

I will never say that it was easy. In total, it took us around two and a half years to get him through potty training, but after all that hard work, we can take pride in the fact that Jaxon now tells us verbally that he needs to use the toilet. For Jaxon, this is his little bit of independence in a world where he needs so much support. He might need to be pushed around in his wheelchair, or help in his walker, but using the toilet is one thing that he can control, take charge of and tell us that he needs. As a mother, there are just no words to describe the feeling that brings, especially if you think of the things we were told he would never do. He amazes us every day. 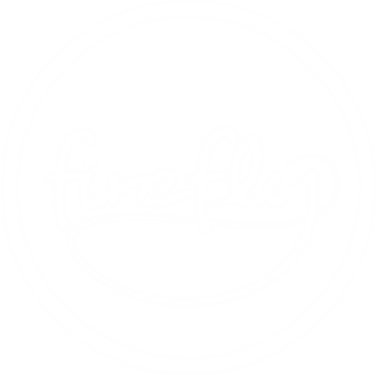